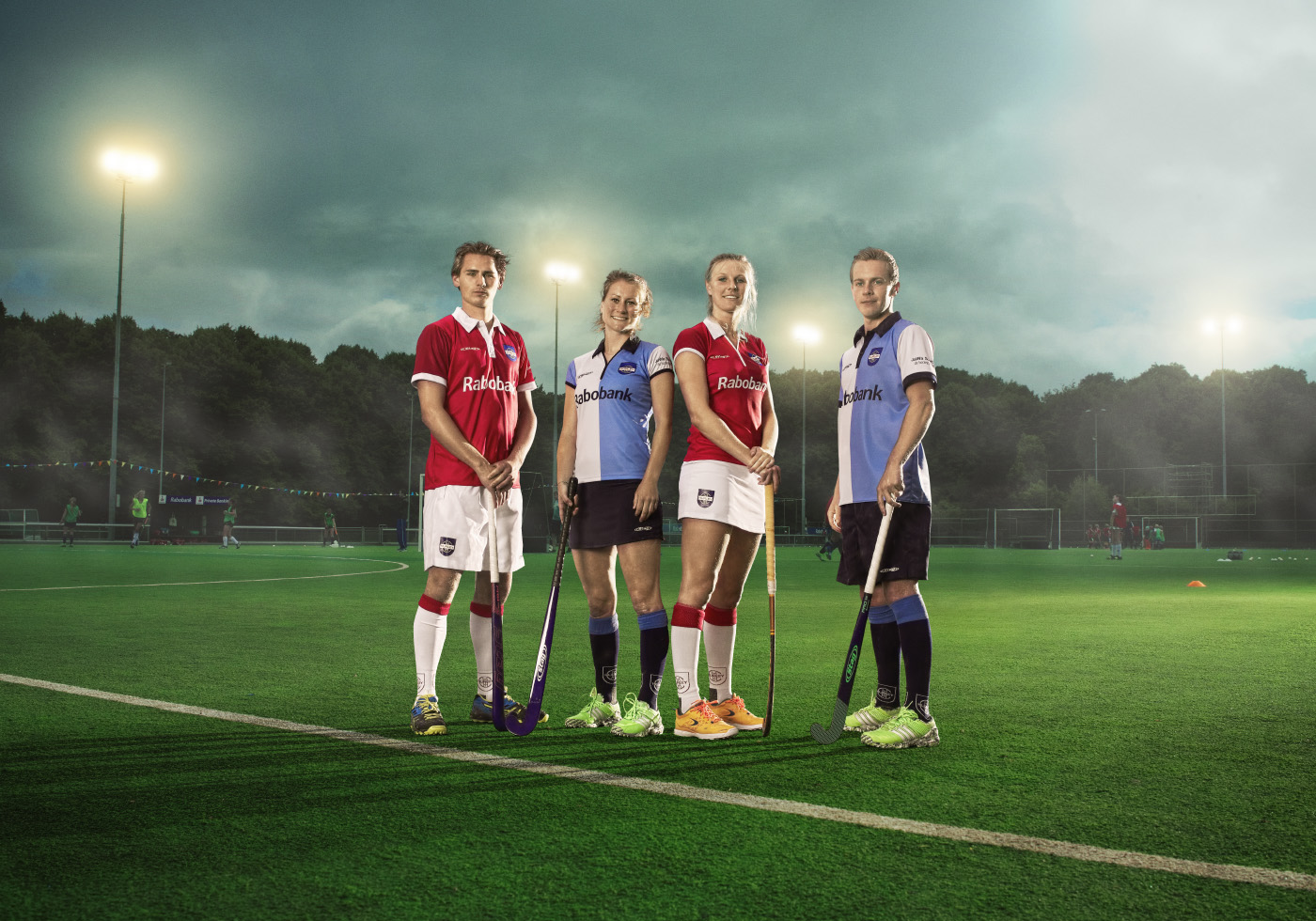 Field hockey is a very fast game that requires great technical and tactical skills to play. In the Netherlands it is very popular and probably played on one of the highest levels of the world. The Dutch “hoofdklasse” is, what the premier league is for football players, considering the amount of foreign players in the Dutch league. Also the Euro hockey league, similar to the champions league in football, has several Dutch contestants every year.  For years, because of my children, I’ve been coach and trainer of Hurley Amsterdam.

As hockey is a relatively “small” sport, lots of help is needed from volunteers to keep the club running. From my background, I work in advertising for many years, I do some communication tasks on behalf of the club. Since there is a new shirt sponsor we had to show the new Hurley home and away uniform. Although summer, the weather Gods weren’t in favour of the shoot. Setting up lights and camera a couple of hours before the talents would arrive delivered the only images without rain.

As it is with deadlines, we had to shoot our first men and women team members in pouring rain, there was no chance of redoing the shot. Luckily we shot the “dry” images before, to be used in retouching as a background. Upfront I visualised a dark sky with the pitch’s new led lights on. While the sky in the image is somewhat greyish, I replaced it with an image of clouds I shot some time ago at the coast of France. The result after a lot of retouching is shown in the animation below.