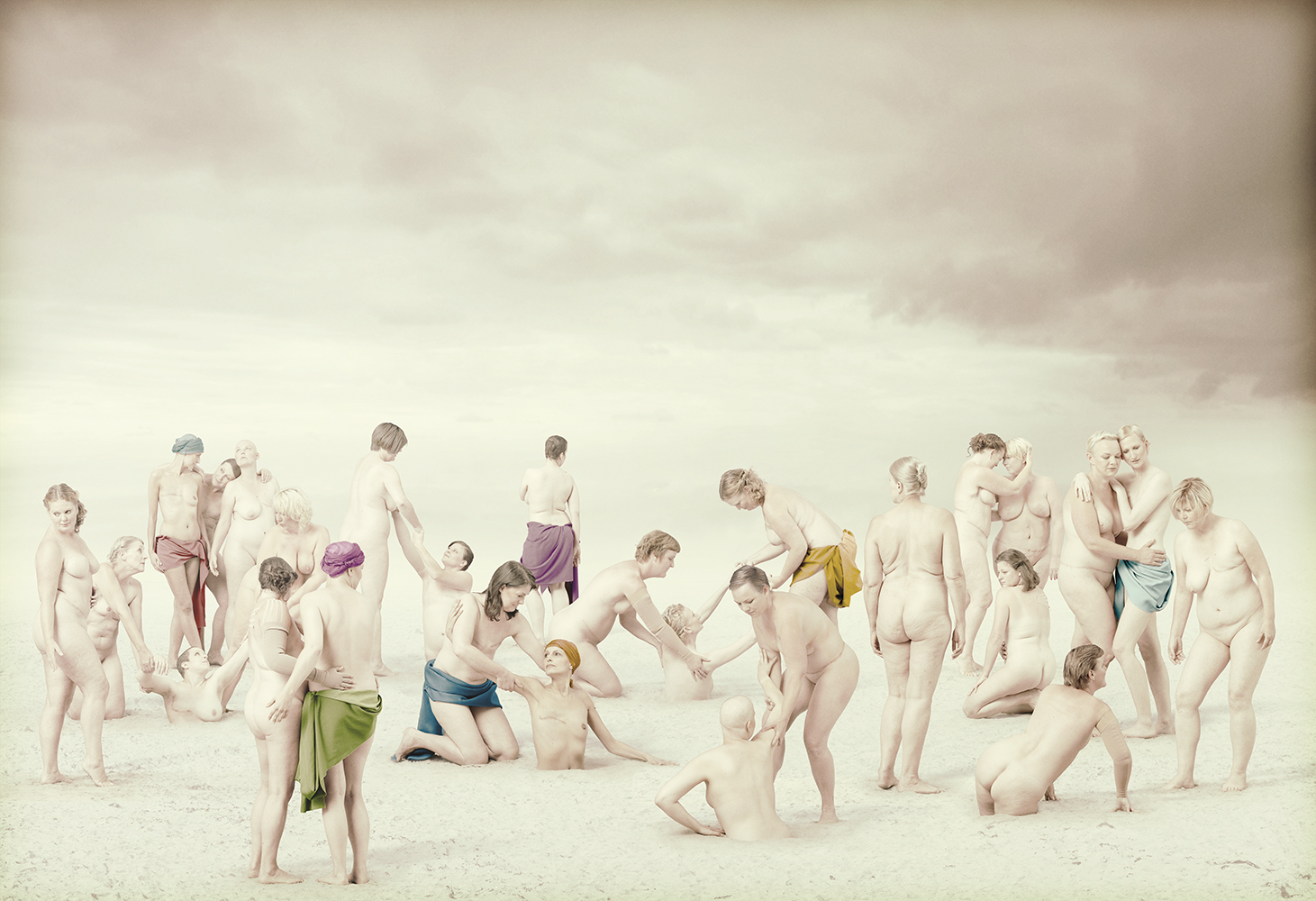 I received a phone call from a friend with whom I worked with on the Tegenkracht foundation campaign. She asked me if I could help her with a picture of her and her friends from the Amazones foundation, a group dedicated to young women with breast cancer. Because I’m an enthusiastic guy, I immediately agreed. Of course I would help!

I soon learned that “her friends” were, in reality, a dozen women representing the Pink Ribbon Award. The year’s theme was “together”, and they had decided that it would be a great idea to pose together and wanted my help for the shoot.

My initial reaction of enthusiasm quickly changed to fear. What was I going to do with twelve women in one photograph? It’s never easy to make a group portrait with so many people. And, these women are ill–how would I represent them honestly and compassionately?

After thinking about the problem for a while, it was clear to me that if the photo is about breast cancer, we would have to show it. I knew I had to ask them to pose (half) naked, to show their suffering. How was I going to approach them with this suggestion?

The women had already made up several ideas for the shoot, and discussed them lively on the Amazons forum. I too had my ideas. I was thinking–what would it be like to face a diagnosis of breast cancer. Naturally, one would be extremely upset; and, for some reason, this thought reminded me of one of my visits to the cathedral of Orvieto in Italy. In the aisle, there are stunning frescos by the Italian painter Luca Signorelli. That work inspired me to choose the theme for the shoot: “resurrection”.

Because of the sensitivity of the subject matter I was very nervous, and I had not told them the idea. On the day of the shoot, I finally revealed what my intentions for the shoot were. Fortunately, the women understood the idea completely, and were very enthusiastic.

Everyone needed makeup for the shoot. So, to speed the process along, I chose to photograph the women in small groups of two or three. This also gave me maximum flexibility when compositing the shoot. In postproduction, looking at the details and putting everything together, I was faced with the reality of what these women had to go through. I felt humbled to work with their images.

Because most of the girls did not knew each other in real life, only through the Amazon forum, cinematographer Mark van Eden shot a short film as a reminder of the shooting day, and the project as a whole. The film can be watched here (English subtitles)

I hope that in creating this image, I played a small part in making the public more aware of this horrible disease.