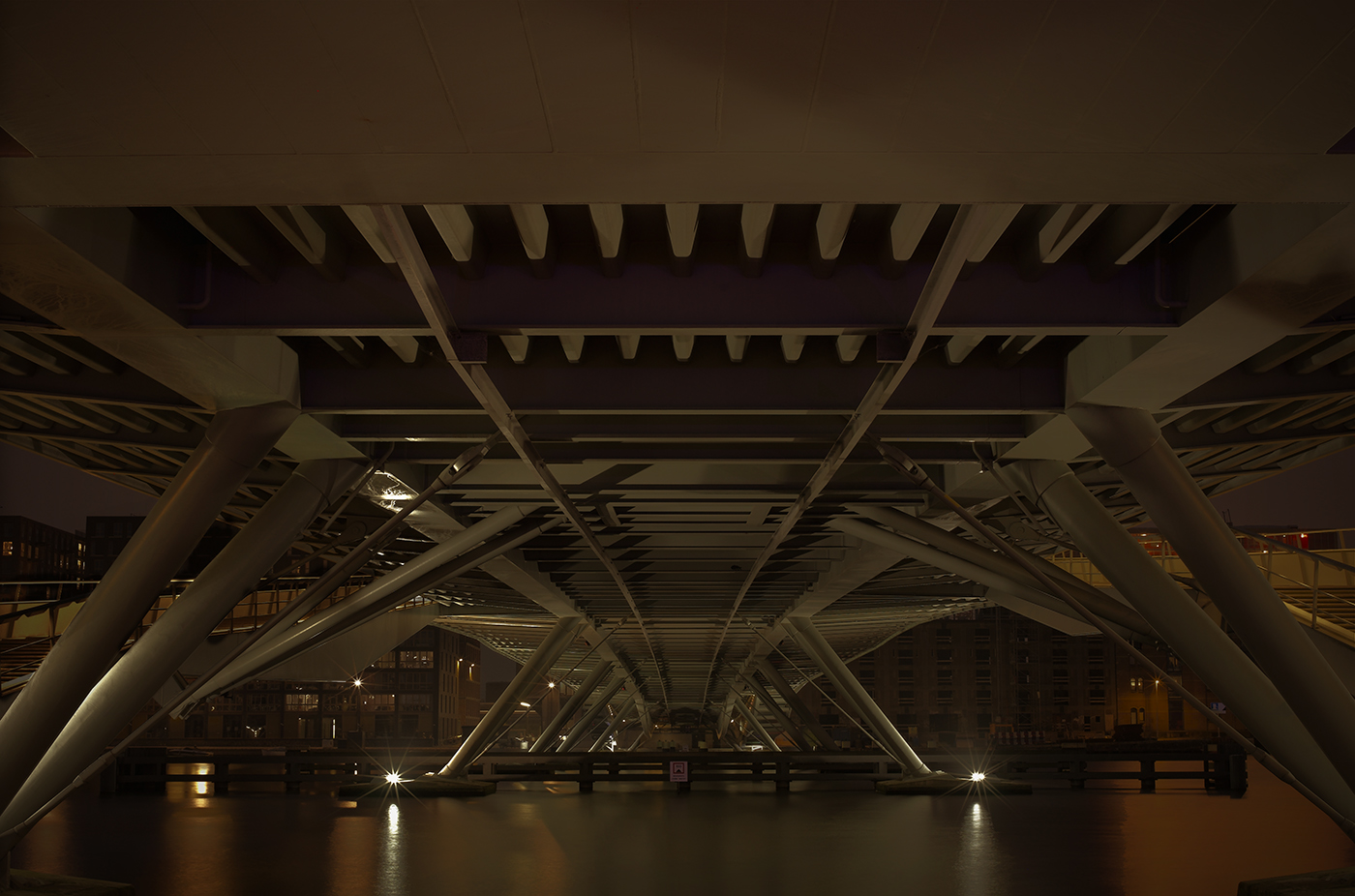 The Schaefer Bridge, named after the local politician Jan Schaefer, is located in the center of Amsterdam. It connects the city with the former harbor islands that are currently being redeveloped for housing. The bridge is a landmark, and many have shot it. I saw that as a challenge.

For me, shooting it at daylight would have been too easy. Instead, I used an HDR technique to shoot the bridge at night. I decided to stretch the technique to its limits, using it as a contrast limiter instead of implementing is simply as an effect. This made the bridge come to life in the dark. Every small detail of the bridge is visible, just like in daylight, which wouldn’t have been possible with the large contrast between shadows and the city lights.

The results, I think, are breathtaking.